Discover the history behind Oakebella, from the estate’s unique name and design to the Wellard area’s humble origins as farmlands. 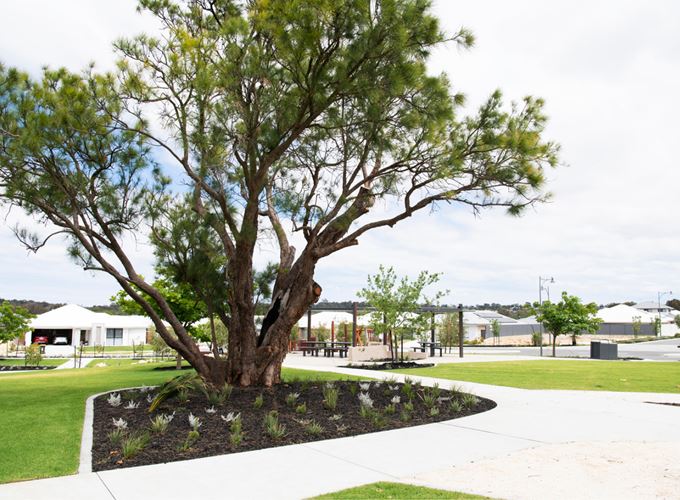 At Oakebella, the land on which you’ll build your home has a long history, which you can appreciate during a stroll through the landscaped parks or while sipping a cuppa on your front porch.

Where did the name “Oakebella” come from?

Based on the heritage of the surrounding landscape, the name Oakebella was formed from two words. Oak, a mighty, solid tree that lives for hundreds of years. And Bella, which simply means beautiful.

And who doesn’t want to live for many, many years in a beautiful place like Oakebella?

History of the region: Putting food on plates in Perth

Back in the 1920s, European settlers worked the rich earth and harvested fresh fruit and vegetables to feed a growing Perth. Prior to that, the natural wetland running along the western border of Oakebella began providing native birds and wildlife with an important refuge, which is still in use today.

A suburb of early settlers

Oakebella is South of the Perth CBD in the suburb of Wellard. The suburb name of Wellard commemorates an early settler, John Wellard, who owned Serpentine Farm in 1860 located near the site where the suburb now stands.

Explore the best schools and daycare centres in and around Oakebella.

Shopping and dining out

Stay in the know

Get the latest Oakebella news, updates on new land releases, and offers delivered straight to your inbox.